English Melon bases our Reading, Listening, Speaking, and, to an extent, Writing training, on a Brain Training method called “Melon”. By this method, your way of reading, listening and understanding is transformed systematically.

The purpose is to upgrade your Reading method. Whenever we read anything, the brain tries to understand the idea in “our own” way but is that the best method?

To overcome this, let’s start an organized reading method!

Melon Method divides the information in the given text, audio, case notes, speaking role play card into the following types:

NB: “Melon” Method is primarily your new “way” of reading. By this, your way of reading changes. It becomes easier, smarter, wiser.

Reading Part A or B or C, there are texts. Each of these texts have M.E.L.O.N although all of them may not be found in every text. So, you should read each of them looking for MELON

Read this short text and see what is M.E.L.O.N

In the UK paracetamol is one of the most common agents of intentional self-harm. In England and Wales, there were 219 deaths from poisoning by paracetamol and its compounds in 2016. This represents an 11% increase from the previous year. In an English GP study, it featured as the most common agent of self-harm among 10- to 24-year-olds. Paracetamol poisoning is the most common cause of acute liver failure. However, the same paracetamol, when used under proper guidance, it relieves pain in mild arthritis but has no effect on the inflammation and swelling of the joint.

The oximeter probe consists of two parts, the light emitting diodes (LEDs) and a light detector (called a photo-detector). Beams of light are shone through the tissues from one side of the probe to the other. The blood and tissues absorb some of the light emitted by the probe. The light absorbed by the blood varies with the oxygen saturation of hemoglobin. The photo-detector detects the light
transmitted as the blood pulses through the tissues and the microprocessor calculates a value for the oxygen saturation (SpO2). In order for the pulse oximeter to function, the probe must be placed where a pulse can be detected. The LEDs must face the light detector in order to detect the light as it passes through the tissues. The probe emits a red light when the machine is switched on; check that you can see this light to make sure the probe is working properly.

Remember, there are 2 kinds of O or Opposites which means “opposites” are not completely opposites. They are:

Alcohol septal ablation (M) is a widely available percutaneous, catheter-based technique that can be performed in virtually any laboratory and avoids most of the inconvenience associated with surgery. In particular, alcohol ablation requires a shorter hospital admission and recovery time than surgery and is associated with less postoperative disability (E). In the last decade, a large body of literature (including a number of meta-analyses) has reported the results of this procedure (E). Alcohol septal ablation can often relieve obstruction and improve symptoms (E) (at least during an intermediate period of follow-up) when performed in properly selected patients by interventional cardiovascular specialists with extensive experience with this procedure. However, a note of caution should be raised regarding limitations of the literature on alcohol ablation(O). The same features that make this technique widely available (including the possibility of being performed by a majority of interventional cardiologists without prior specialized training) may have generated a situation where alcohol ablation is performed in many laboratories with very limited experience(N). Unfavorable results, including severe complications and death may not be reported in the literature(N).

How to apply “MELON” in finding answers?

The 11 Best Methods to Identify the Answer

After this, take time and upgrade your brain and reading! All the best! 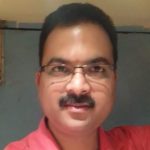